Importance of a Patent 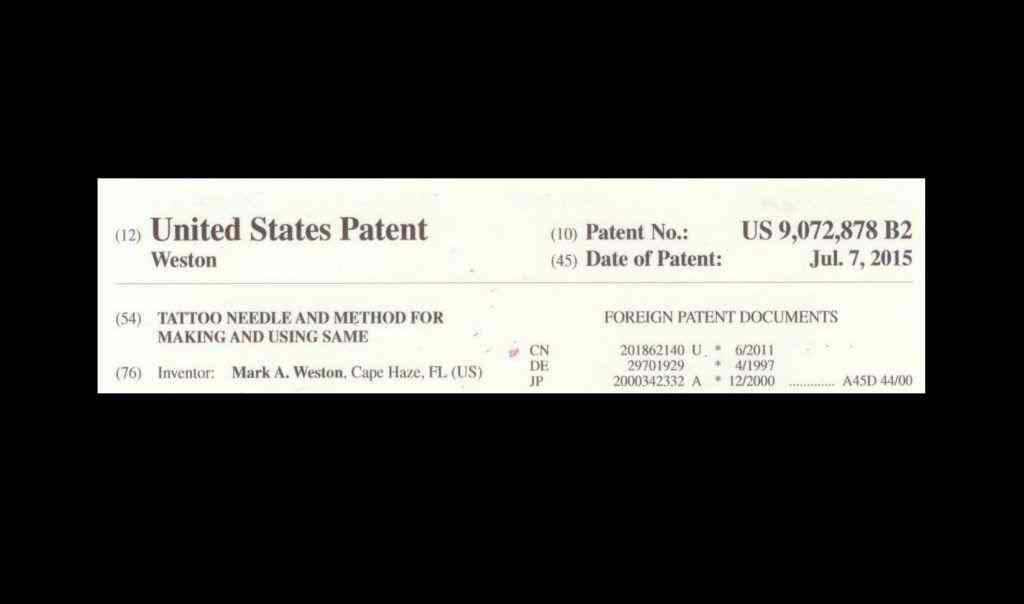 FALSE MARKING:  Mark Weston holds the world's only patent for a scalp micropigmentation needle and specific application method. If a provider is found claiming to have a patent or patent-pending; equipment, needles, pigments, technique, method or any other claim in relation to scalp micropigmentation, demand to see either their USPTO registration number or application number. If they cannot or will not provider this public information, then they are in federal violation of 35 U.S.C. 292 False Marking:

Weston recently was advised by a client that a competitor was claiming "patented technique" on their website. The offending competitor was contacted and requested they remove the language of "patented technique" from their website, along with a copy of 35 U.S.C 292. They were further advised a complaint would be filed both with the patent office and the Florida Attorney General's Office if the false marking continued. An email back in less than an hour blaming the error on their webmaster, and that the language would be removed immediately.

IMPORTANCE OF A PATENT AND DEFINITION:  A patent is an intellectual property (IP) right granted to a person who has an outstanding, innovative and cutting edge breakthrough creation in the scientific field. A patent represents superior quality over products found in the existing marketplace.

A patent is not easily granted by the United States Patent & Trademark Office (USPTO) and furthermore, there is extensive research, scientific tests and studies done by the USPTO before the same can be granted. A patented product/service is superior in quality than one which has not been patented.  A patented product is unique and demonstrates a breakthrough as compared to other products in the market and a strong principle of differentiation.

Mark Weston was ridiculed for almost 6 years by persons claiming that his patent-pending needles were merely a marketing ploy.  A direct quote as credited to the HIS Hair Clinic Forum in October of 2012: “Anyone, including Billy Bob in his shed in central Alabama, can grind down a needle and then call it patent pending.  About 400,000 patents are submitted to the US Patent Office every year, but only about 11,500 individual patents are approved.  And therefore, labeling something as patent-pending is misleading.”

Weston’s needle patent 9,072,878 B2 for Tattoo Needle and Method for Making and Using Same was formally approved by the USPTO in July of 2015.

PARTIALLY REPRINTED FROM THE FOLLOWING:

A patent is an exclusive right granted by a country to an inventor, allowing the inventor to exclude others from making, using or selling his or her invention in that country during the life of the patent.

A patent is issued to the individual inventor and not to a company, although it is typical practice to have employees assign inventions to their employer. Patent protection is available for any product, process or design that meets certain requirements of novelty, non obviousness and utility. For most categories of inventions, patent protection in the United States lasts for 20 years from the date the patent is filed (under prior law it was 17 years from the date the patent issued).

In the United States, a patent application must be filed with the Patent & Trademark Office (www.uspto.gov) no later than one year after a description of the invention is published or publicly disclosed or the invention is first put on sale or made available for commercial use. In general, disclosure under a signed confidentiality agreement is not deemed to be "public disclosure."

Unfortunately, patent applications aren't published or made available by the U.S. Patent and Trademark Office until at least 18 months after filing. As a result, there is no direct way of knowing what patents your competitors may be in the process of obtaining.

If you are early on in a venture you might consider the “provisional patent” (a/k/a “patent pending”) process, which allows you to file a description of your invention with the USPTO, thereby obtaining an early filing date- you will have to file your full patent application within one year.   The provisional application does not have to contain claims and does not have to meet all of the formalities of required of a full application.

Twenty years ago patents weren't very valuable in the sense that they were not upheld in court that often. Today as a result of changes in the patent laws, inventors are more often prevailing in multi-million dollar lawsuits.  Be aware that triple damages can be obtained in "willful infringement cases.