The Originator of Micropigmentation in the USA: Mark Weston 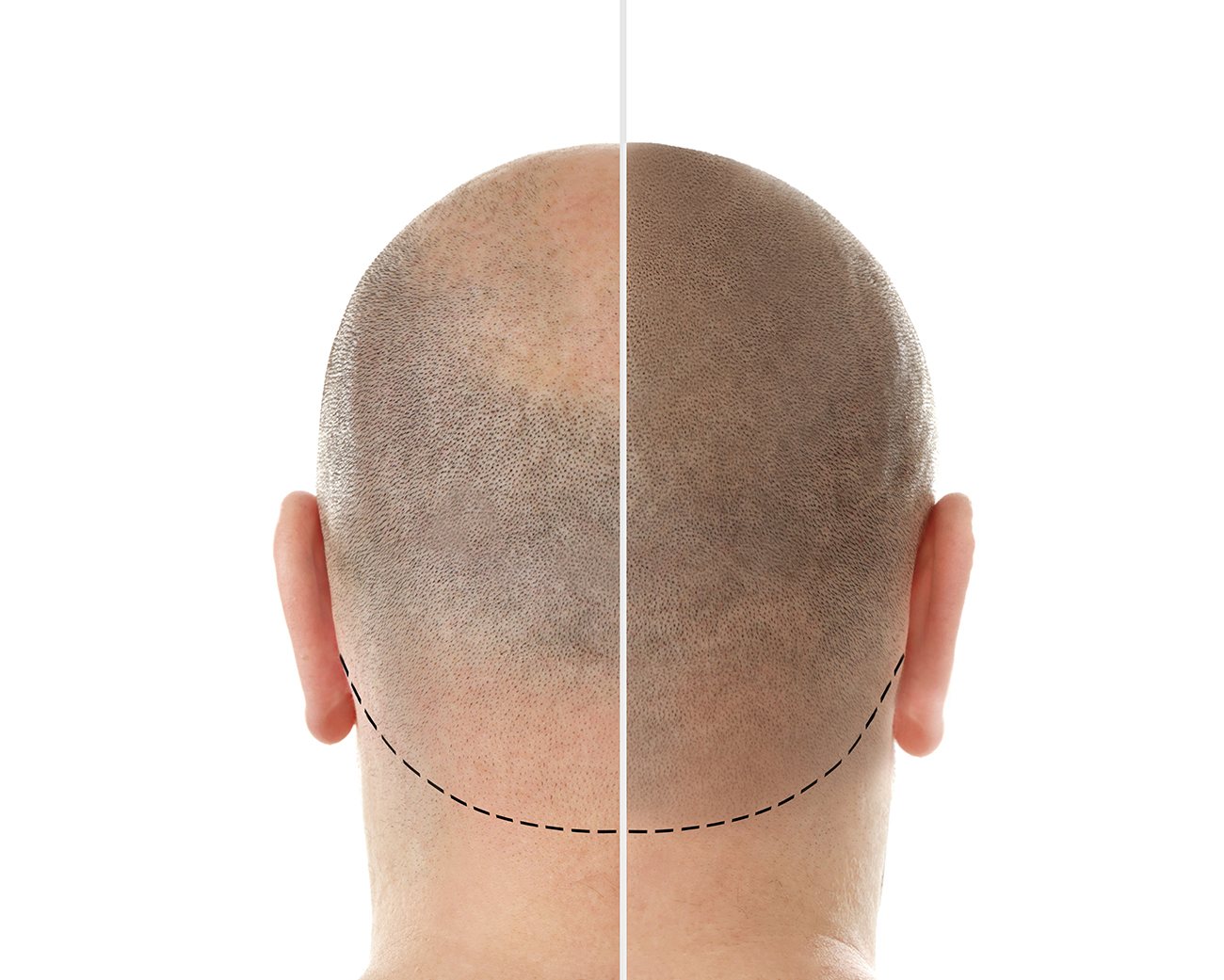 The field of scalp micropigmentation can be a dirty business, and Mark Weston has seen this industry develop first hand since his inception of Artistry Concepts. Many of you have probably not heard of Mark Weston, even though Weston has been in the scalp micropigmentation business since early 2009 before any of the companies out there. The dirty “underground” of this business has always remained very low-keyed but aggressively cut-throat.   This article will shock you about what you thought you knew about various scalp micropigmentation companies and how they arrived at where they are in this industry. This blog article will give you accurate information about who was in fact the first scalp micropigmentation company in the United States, ARTISTRY CONCEPTS.  There will most likely be some retaliation from these companies for bringing to light this information. Just about every website of every provider out here claims they were the “inventors,” “innovators,” “creators,” “pioneers” or various other synonyms.  Other individuals claim that they were “trained” by the “inventor” of scalp micropigmentation.  So let’s cover some actual history here as Weston and Artistry Concepts have been around since the onset of this industry and have personally seen when and how various companies got their start.  Take into consideration these company's false claims if you may be considering their services.

HIS HAIR CLINIC was the first to offer a form of shaded scalp micropigmentation in 2002 in the United Kingdom.  However, Matt Lulo (ScalpMicro USA), a former employee of HIS, is claiming to potential clients that HIS was the first in the USA and  "years before" Artistry Concepts.  But in fact Lulo and HIS did not even enter the United States until late in 2011, almost three full years after Artistry Concepts.

HIS Hair Clinic was only looking into the matter of  opening in the USA in July of 2011.  Matt Lulo worked for HIS in 2011 when they first entered the USA.

HIS Hair Clinic later filed for bankruptcy in 2015.

According to HIS, they trained Vinci.

ARTISTRY CONCEPTS (now M. Weston Non-Surgical Hair Restoration) was in fact the first company in the United States in early 2009 to openly and commercially offer scalp pigmentation as a full-time business. See Early History and Field Accomplishments.  There is no reason to go into further detail.   Since HIS Hair Clinic's filing for bankruptcy in 2015, Weston's company is now the oldest and longest operating scalp micropigmentation company in the world.

GOOD LOOK INK claims they were the first.  In early October of 2009, a man flew in from Minnesota to Artistry Concepts by the name of Marshall Charloff.  Weston performed one of the first ACHM scalp pigmentations on Mr. Charloff.  This man returned to Minnesota and a month later he put up the GLI website and incorporated.  Mr. Charloff claimed he was the inventor, innovator, etc. and that his company performed his pigmentation which was pictured on his website.  For claiming they "invented" scalp pigmentation, GLI felt compelled to remove photos from the Artistry Concepts’ site (and cropping off the AC watermark) in March of 2010 and used them in their own advertising.  We were notified numerous times that GLI claimed to be a subsidiary of Artistry Concepts to potential customers.  GLI went as far in 2011 to purchase two domain names encompassing AC's registered trade name which they utilized to confuse internet searchers to redirect them to the GLI website.  Artistry Concepts brought legal action against GLI and won the action. GLI even claimed publicly in 2012 that they invented scalp micropigmentation during an appearance on Good morning America. Mr. Charloff was and still is a piano player.   In 2014, Mr. Charloff sold GLI to an investor and it is believed that he did not disclose the actual facts to the buyer.

As of late, one of GLI's "national image consultants" Dustin LaFavre, has been libeling Weston on the telephone and through emails in response to customers' inquiries.  We have emails from customers forwarded to us as well as customers that chose The Weston System® and disclosed to us the libelous remarks by LaFavre.  LaFavre is also claiming to potential clients that GLI was the first provider in the USA and they "invented" scalp pigmentation (contrary to the proof in this paragraph).

What’s even more interesting, is that GLI’s employee, Amanda  Mazzocchi, who performed the pigmentation procedure on Good Morning America, later left GLI to open her own company and now claims she “pioneered the SMP process" in 2011.

SCALP AESTHETICS entered in 2012, with Bryce Cleveland also claiming he is the first and “creator.”   Scalp Aesthetics was merely a website in mid 2012 and just attempting to break into this field.  In 2011, Weston brought in a young man whom was a previous client of Weston’s to train in scalp pigmentation.

Robert J. Anzalone, worked for Artistry Concepts for about 18 months.  Weston started receiving complaints from clients of poor workmanship by Anzalone and that he was also bragging to them that he was going to leave and open his own company.  In July of 2012, Weston discovered Anzalone was stealing supplies and was immediately terminated.  There was in fact a police investigation.    Some of the clients confided in Weston that Anzalone smelled of marijuana when he came back from lunch to finish their application.  Weston eventually had to redo 16 men done by Anzalone because of poor workmanship.  (See Joe Taylor below).

After he was served with a Do Not Compete complaint, Mr. Anzalone fled to Rochester, NY where he was promptly employed by Scalp Aesthetics, assuming under some previously negotiated lump-sum monetary enticement.

Mr. Cleveland was advised by Weston’s intellectual property counsel that Anzalone executed a Do Not Compete with Artistry Concepts.  However, Cleveland denied that Anzalone worked for him even though photos supplied by a private investigator as required by the court proved differently.  After winning the suit, a worldwide Do Not Compete court injunction was issued against Anzalone.   Anzalone (Taylor) claims to this day that Weston attempted to sue him.  There in fact was a world-wide court injunction.  In addition, Anzalone was ordered to pay for Weston's court and attorney's costs for over $60,000.

Anzalone again fled to the only other Scalp Aesthetics location at that time, which was in Arizona.  Bryce Cleveland and Mr.  Anzalone decided that Anzalone must work under the alias name of “Joe Taylor.” Anzalone claims he wanted to "break away" from Artistry Concepts; therefore chose this alias, but in fact Anzalone (Taylor) was hiding to void further prosecution under the court injunction.

Anzalone (Taylor) is presently working in his own company in California still under the alias of Joe Taylor.  He claims on his website "10 years experience," but the math does not add up (perhaps 5 years with Bryce Cleveland).  In addition, he does not have one photo of work he has ever done on his website.  He also states that "Don’t be fooled by a one time application as this approach is strictly beneficial to the provider and not the consumer."  But Anzalone's (Taylor's) own scalp micropigmentation is Weston's patented one-application method from 2011.

Anzalone (Taylor) also claims he trained the "word famous" Jonathan Gerow while at Artistry Concepts.  Anzalone (Taylor) was only at Artistry Concepts for a month or two during the term of Gerow before Weston fired him (Anzalone).  Training in that short of time is impossible.  Anzalone further claims to be the the second-best trainer after Weston, but Weston fired Anzalone for poor workmanship and complaints from customers among other issues.

JONATHAN GEROW (former owner of Hairline Ink) was another client of Weston’s in 2010.  Mr. Gerow was a house painter (Olympic Painting Services) whom after being ecstatic with his scalp pigmentation results by Weston, expressed interest in learning scalp pigmentation in 2012.  Hired by Weston in the spring of 2012 during the time Mr. Anzalone was still employed, Gerow was hired as a possible future apprentice and his day-to-day duties were to greet clients, clean the offices and rest rooms and other menial duties.  Gerow was only permitted to practice with generic equipment on fake skin when his other duties were completed.   He was never trained by Weston.

Mr. Gerow provided a statement to police regarding the previously mentioned theft by Mr. Anzalone as above which reveals some very interesting information, which Weston has the recorded statement in Mr. Gerow’s file to this day.  It was later discovered that he was collaborating with Anzalone and was terminated shortly after in September of 2012.  Mr. Gerow's personal  moral and ethical values were below reproach and questionable and did not meet Weston's expectations.

Gerow claims that he was the one in fact that left Weston’s employ because he didn’t want to be "associated with a tattoo artist” (but now claims he was a tattoo artist previously himself) and that he (Gerow) had developed and perfected his own more-natural looking hairlines. Mr. Gerow has claimed that he was Weston’s “lead” artist and "partner," even though he never touched a single customer, never had a Florida Tattoo license, nor completed the required Bloodborne Pathogens course.  Mr. Gerow was never trained by Weston nor Anzalone (a/k/a Joe Taylor) and further claims on his website that he has 10 years experience.  The math indicates he has perhaps 5 - 5 1/2, if that is even the case.  Mr. Gerow continues to claim to his customers that he was trained by Weston in an attempt to gain recognition, but he was not.  Mr. Gerow was in fact trained by HIS Hair Clinic sometime in 2013 in the SMP-MS (scalp micropigmentation multiple session) method.  This does not add up to 10 years experience.

As of late, Gerow has complained that his Weston application turned green within six months after his original application in 2010 and has been living with an inferior Weston application since 2010 and is just now getting it lasered off.   Gerow worked for Weston as late as 2012 (two years later) and the application never had color change.  Gerow's allegations of a green/blue head since 2010 are clearly unwarranted and a clear sign of attempting to discredit Weston.  It is the contention that Gerow lost more hair and underwent several multi-session applications.  These sessions could not match Weston's needles or pigments.  Now Gerow alleges it is being lasered off but in fact it is not Weston's work, but inferior scalp pigmentations that were done on  him recently.  Photos of Gerow can be found on the internet since that time, including proudly displaying himself on the original Hairline Ink site and his current website.  Weston's original  application has been compromised by Gerow's various employers and technicians working on him as well as trying to camouflage his additional hair loss with multi-sessions.

ARTISTRY CONCEPTS (now M. Weston Non-Surgical Hair Restoration) is clearly the first formal provider in the USA for scalp micropigmentation.  Not Scalp Aesthetics, not Good Look Ink, not Jonathan Gerow or Vinci or anyone else that claims to have been the first.  Weston has seen dozens of smaller companies come and go over the years, and almost all of the other companies out here now didn’t even think about scalp micropigmentation until 2013 or later.

And while these other providers may claim they may have developed specific equipment, needles or method and were the “first,” they have been debunked.  Weston was and still is the only person in the world to specifically develop a needle and a one-time application method that has been patented.

Weston is presently writing an autobiography about his years in the scalp micropigmentation field with many more specific details of the above events and more that haven't even been mentioned.