A Chicago native, George's professional career started in 1993 to 2001, during that time he earned a Bachelor of Science in Technical Management and a second degree in Engineering Electronic Technician from DeVry University. He is also an Emergency Medical Technician for more than a decade. After graduation from Devry, he was hired as an Engineer for Motorola; soon after, he moved to a sub-division of Cannon repairing copiers machines in the downtown Chicago area for a few years. He loved the job and loved the hands-on troubleshooting but the pay was not great so it was a difficult decision but he left. He was hired at AT&T as a Telecommunication Specialist and later promoted to a Project Manager. He worked there for over 11 years and while still working at AT&T, the entrepreneur's interest began, with a business-oriented mind, he purchased apartment buildings and started his private Property Management Group which he currently still operates in both apartment buildings and truck parking lots. He also started a hobby and trained at a school for Paintless Dent Removal, which is an unique artistry that began for high-end cars. This artistry is only accomplished by few. It is the delicate and detail eye and hand coordination of removing door dents or hail damage by a professional without having to repaint the cars. It is here where he found a niche and an interest in working in an environment were it requires detail and delicate eye and hand coordination along with precision.

To further George's interest, while at a Glenview IL clinic while waiting for his wife for eye surgery, he heard a gentlemen come in the office asking the secretary about needing an SMP touchup. Georges curiosity led him to research on SMP and also why this man needed a touchup (multiple sessions) and what George found out is that there are many new companies in New York, California and other states that are new and inexperienced that are using a single pin needle which doesn't leave enough ink in the dermis under the epidermis of the skin so it will eventually fade out and a customer will need 2 to 4 procedures and pay every time within a 5 year period. What George found out is this single Pin needle has been used in regular tattooing for decades and is not ideal for SMP. George did more research and found Mark Weston (The Weston System®) which is a Patented System and a single permanent procedure. Mark was the first in this country to do SMP from following its beginnings in Europe. Mark Weston took the initiative to make SMP spectacular by changing the "decades-old single pin needle" and designed it to be used strictly for SMP! This was an amazing achievement, something the rest of the providers do not and cannot legally do because Mark holds the patent design needle for SMP. Other providers by using the old single pin needle, simply take your money by doing the job with a single pin needle and a customer will have to return for more touchups and pay more. What George found out was that with The Weston System, if a person needs more than one sitting/session it is to finish the "ORIGINAL PROCEDURE" as work on the head may need extensive hours to finish due to a large job/head, this is totally different than other competitors customers returning a SECOND time because of fading and a multi-session is required so person is returning for a "NEW PROCEDURE" due to fading but they call it a touchup. This is the reason George contacted Mark Weston and trained and worked with him since 2011 flying in and out to Florida from Chicago and obtaining a Diploma in SMP in 2014.

George is an entrepreneur and is very successful in everything he does and having a passion for working with his hands and eye coordination will make him one of the best in the Industry with Scalp Micro Pigmentation.

George's past years of experience and current medical training has made him an SMP Specialist. His office is in beautiful Countryside IL, 10 min from Chicago. He will provide 3 scalp services for both men and women- scalp micro pigmentation, adding density and scar camouflage.

Address: 23 Countryside Plaza, Countryside IL 60525 Suite 113 (10 min from Chicago). I55 south Stevenson expressway and get off on the Lagrange North exit ramp. 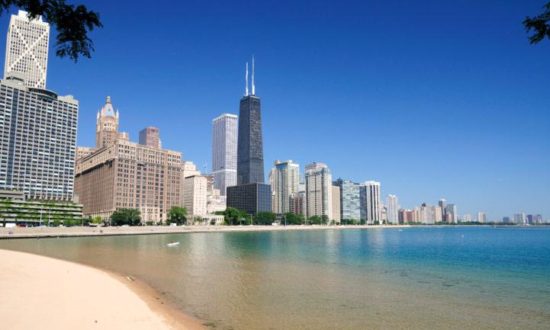